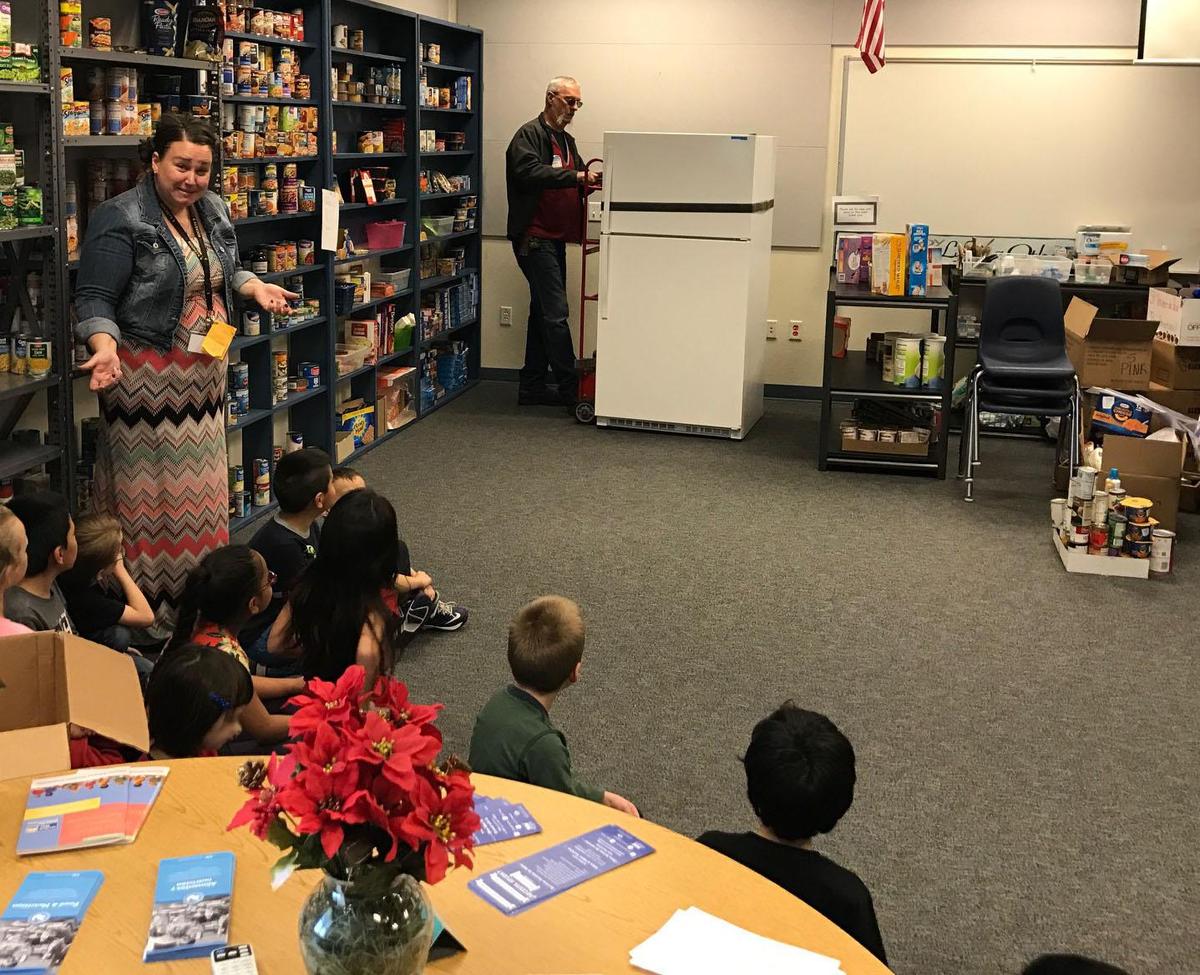 When first-grade teachers at Endeavor Elementary met to choose a real-life project to get kids engaged in their own learning, they decided that something to benefit the school’s food pantry might be a good fit. So they took the kids on a tour of the pantry and asked them to look for ways they could help.

Some of their suggestions were expected: they could create a cookbook, or supply the pantry with basics such as bowls, spoons or storage containers. Oh, and a refrigerator. The pantry definitely needed a refrigerator.

After considering their options, they decided to write to Lowe’s asking for a donation. Teacher Rebecca Franks showed them how to format a letter and the kids took it from there. Writing from their hearts, they explained that any refrigerator would do – it could be dented and it didn’t have to pretty; it just needed to be able to store milk, eggs and other perishables for families in need.

When they were done, Franks gathered up their letters and delivered them to Jim Lake, who oversees donations for the local store.

“When we got the call on Thursday that they would donate a refrigerator, my kids cheered,” Franks said. On Monday, they got to witness the refrigerator being delivered to the school.

Lowe’s generosity has sparked a desire in the kids to do even more, and they now are working with Endeavor’s counselor to organize a food drive.